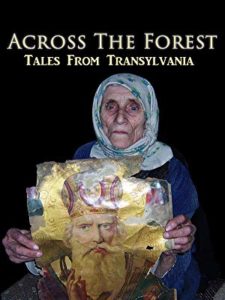 “In the mountains of Transylvania, ancient beliefs in the supernatural can still be found. Through a series of conversations with Romanian villagers, viewers are led on a bizarre journey, across the forest and into the supernatural beliefs of a rapidly disappearing world as rarely glimpsed by outsiders.”

This film isn’t for everyone. One Amazon reviewer called it, “Boring.” It could be. It’s a series of interviews with villagers from the region broadly called “Transylvania” but more specifically the Banat and Maramures.

I and my co-filmmaker Matthew Vincent made a point of not putting any voice-over into the film. That’s a weird choice for a documentary. The reason is that I felt like so many people had told vampire stories and so many people had ideas about what the supernatural was like, but I had never actually just heard the people who live there discuss these things. So, I wanted a film where they could just tell their stories.

And they did. We recorded over 42 hours of footage and spared that down to a 79 minute film.

The production values are not high. We only had two handheld cameras, neither HD (This was filmed in 2005). There are no dramatizations. One time I jumped out from behind a large haybale and shouted, “I’m a scary vampire” but that footage did not make the final cut. It’s a movie of stories told by real people.

You can watch the documentary on Amazon